RPGInferno is a social environment of like-minded people who love not only to play role-playing games, but also to develop their game worlds. With us you will not feel like a ronin wandering alone its way, because the creations of other authors of our project are at the distance of one click is ! What can be better than sharing experiences? Not sure how to achieve a fancy effect when creating an RPG icon? Maybe someone has already created something similar, and you just need to look at the list of icons and subscribe to your favorites!

If the idea for a new dungeon is buzzing around but you can`t seem to catch it, perhaps you can get inspired by the collection of maps developed and discovered by other contributors; there you can easily find the solution to some gameplay situation or see examples of various design approaches.

With the "community resource" system, you`re no longer creating alone! 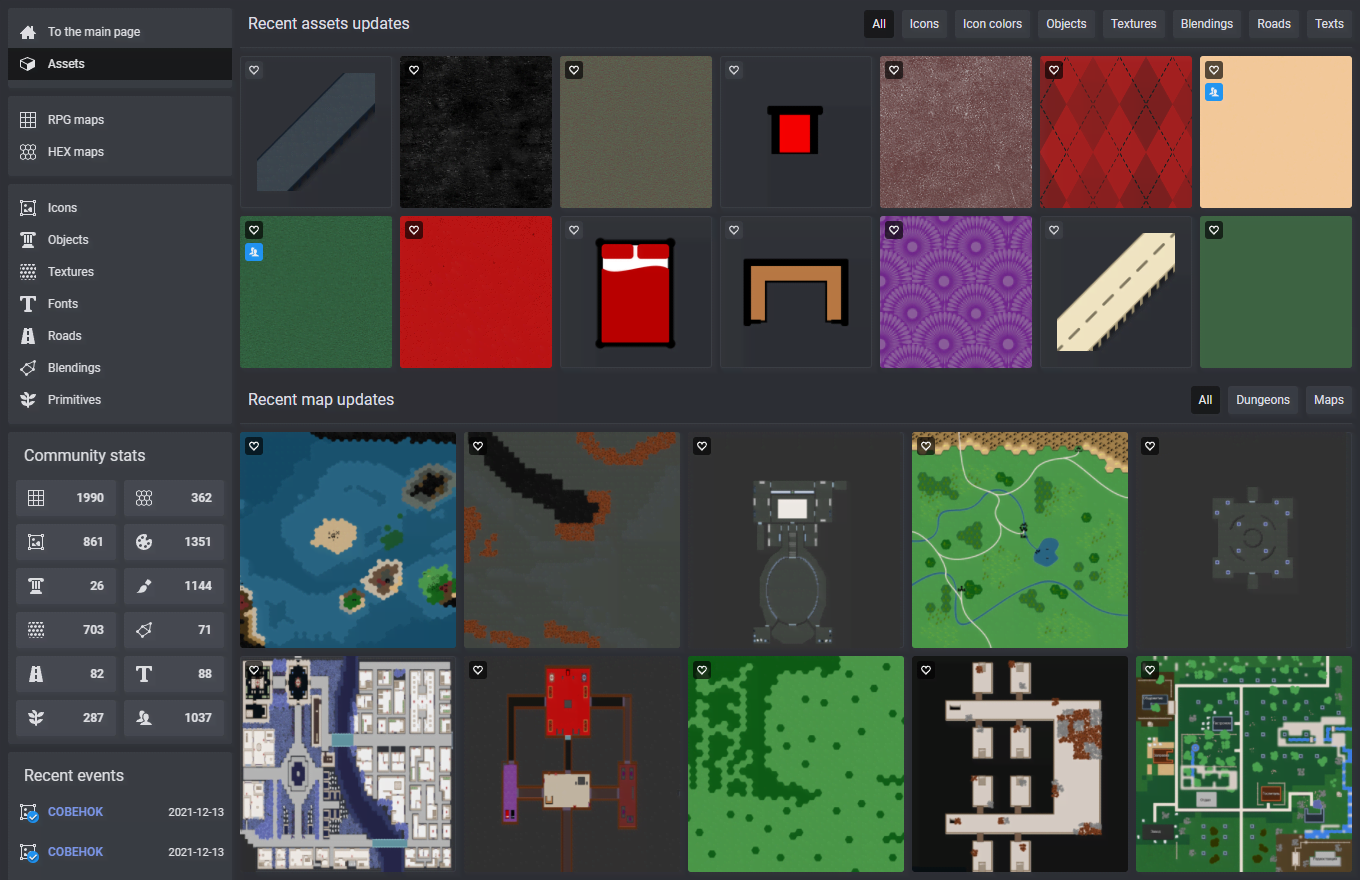 Imagine and create – quick and easy. Our editor has nothing superfluous, only the necessary functionality that will allow you to create a simple and understandable map without serious effort. We believe, nothing should limit players’ imagination. Our team has done everything to create maps as minimalistic as it is possible, while still being functional and very clear to both creators and players.

Create your map right nowDetailsRPG maps created 3279
By signing up, you will get more features

See samples of our maps

We aim to provide you with the maximum number of tools that allow you to realize your artistic ideas so outside of the RPG map editor you also have an application available for creating hexagonal maps. This editor allows you to create your own worlds in a pleasant and minimalist style. A hex is an excellent and very functional six-edged figure that allows to create a universal diagram with convenient possibilities to calculate the map movements of your party, and yes, we do in fact think that hexagonal maps have a special attractiveness and unrepeatable style.

This is not just simply another editor. We have also created a whole ecosystem of service tools around it. These tools will allow you to realize all your boldest ideas 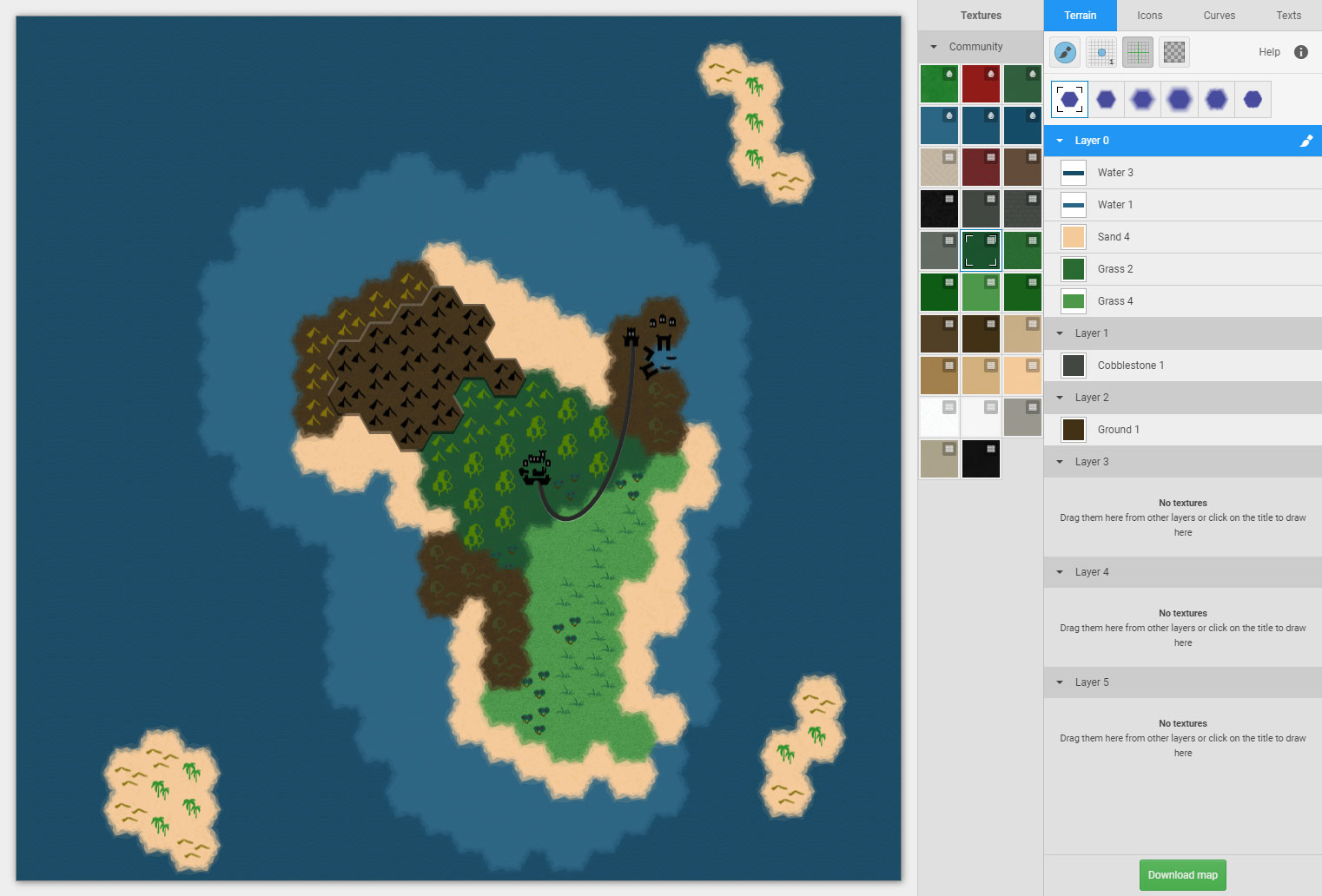 Create your map right nowDetailsHEX cards created 932
By signing up, you will get more features

See samples of our maps

It is known that it is almost impossible to create a universal library of objects. Something will always be missing. For example, you have very suitable icon, but something is yet not fitting... Down with restrictions! We just made a universal editor for you, which will allow anyone to create their own sprites, crucial for the particular game and specific people. 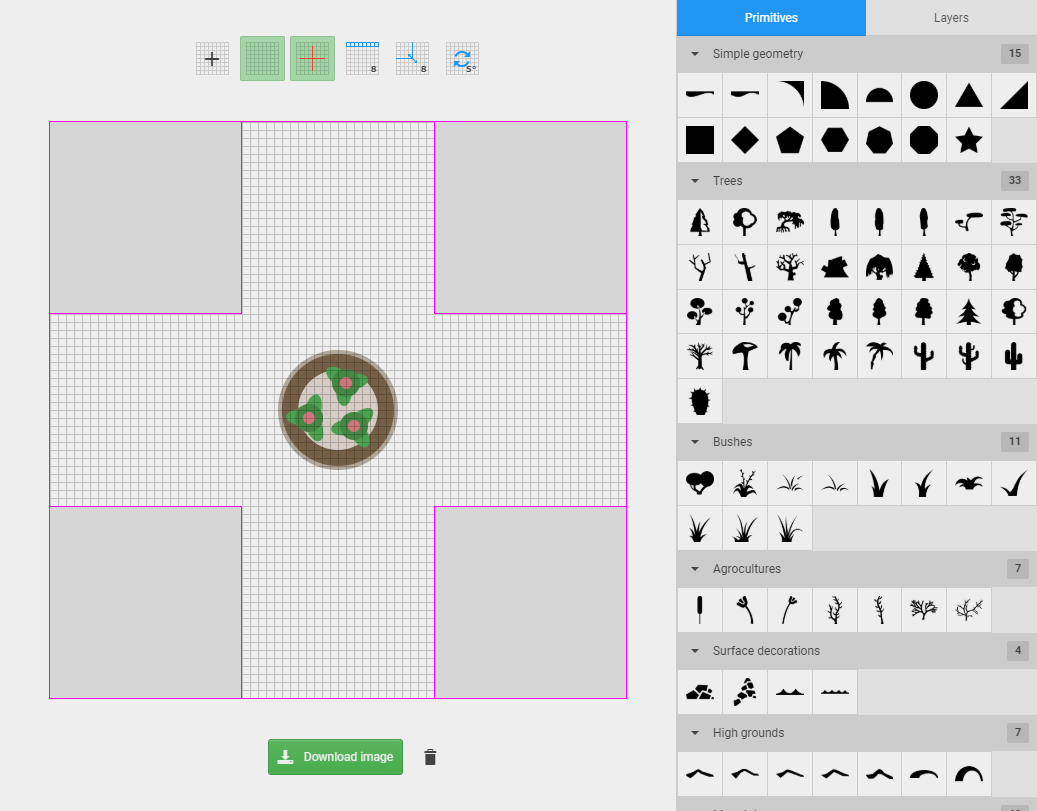 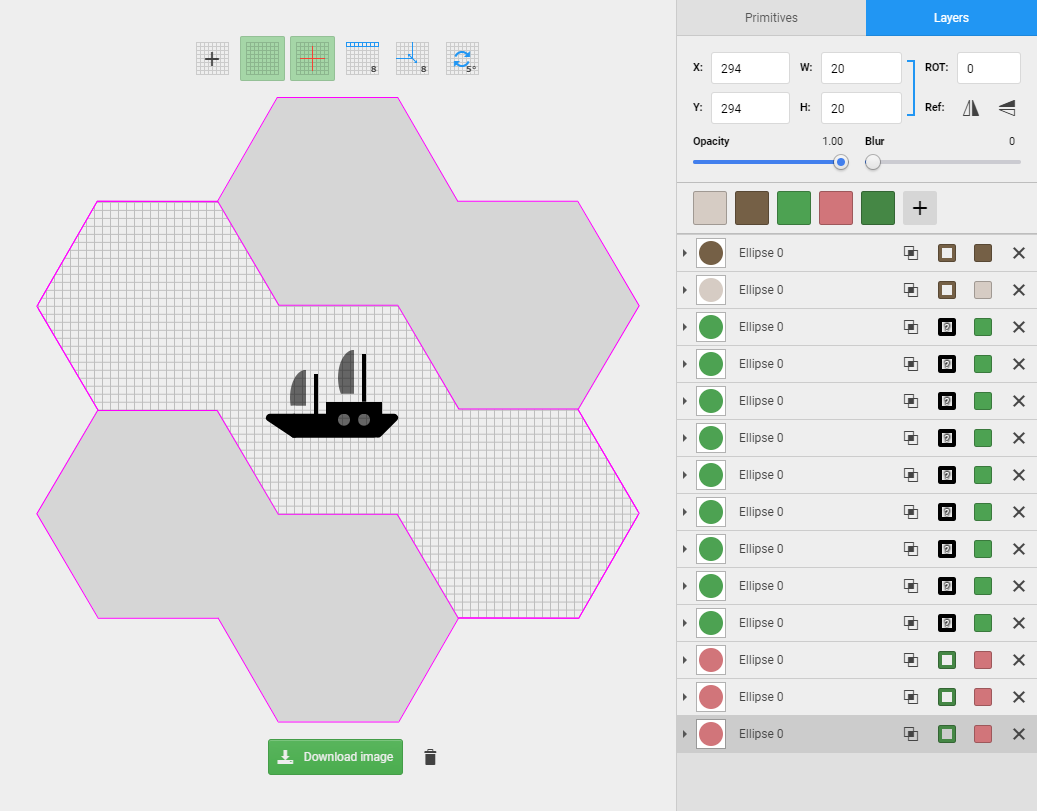 Create RPG IconCreate HEX IconDetailsIcons created 1640
By signing up, you will get more features

When creating unique maps for role-playing games it is of course not enough to have only application for icons creation. T ability to create labels of different colors and styles would be handy, as well as having variety of textures would also be useful. And what about handling collisions of two different textures? And of course, you will not don’t want to be restricted only to the color schemes of objects that the developers offer you. Worry not – we have taken care of everything and we have three more stunning features.

Books have a very interesting feature - they allow the reader to interpret written through the prism of their perception. Different characters and landscapes will look completely different in the view of each reader and, most interestingly, the character reader imagines will be very close for him.

Our team aims to achieve a similar effect with our RPG maps editor – we want our users to be able to perceive maps using their imagination. Of course, you can use one of the advanced graphics editors and spend lots time and effort in order to create a beautiful map based on your own imagination. But is that what you want for your players? We believe that players deserve freedom of imagination. All this formed the following goals for our project:

The main goal of our project was to create a universal tool that would allow anyone to create their own unique worlds and adventures.

We are very proud that now we are helping to create not only the Internet inhabitants, but also a huge army of tabletop role-playing games fans.

While other editors are trying to get money out of authors for every extra icon, we provide users with a full set of tools right from the moment of registration and no more hidden costs! You`ll have the full functionality of all eight editors at your disposal, a set of all textures and assets prepared by us, as well as an open, custom game resource library.

You can sign up for a small donation, thus contributing to the development of the tabletop RPG community, and allowing us to maintain the project. We will continually add to the texture and asset library, and develop new free tools.

It has began more than 20 years ago with three young guys full of enthusiasm and a desire to change something in this life. Even then, we were not satisfied with just using the works of other people. We wanted to develop and create endlessly. It all started with translations for various game projects and with creation of some small indie games that were distributed among friends.

And there you have it, the Elder Scrolls III: Morrowind appeared on the world stage with its legendary TES Construction Set, which opened almost limitless possibilities for creative implementation, and gave the opportunity to share one’s creativity with a many people around the world. Later it became clear that it was not enough for us to just share our creativity with others. We wanted not only to create, but also to allow people with less technical capabilities, but with a large supply of imagination, to share their ideas with others. And that was time, when our first Internet project was created fullrest.ru. Not only it allowed gamers to share their addition to Morrowind with each other, but it was also a real forge of imagination. Lots of people implemented all their ideas, organized teams: someone wrote unimaginable fascinating stories, someone realized them self in programming, and someone proved themselves as artists and were able to share their work with fans. Thousands of works have found their viewer/reader/player thanks to this community.

Fullrest continued to delight players with the release of the Elder Scrolls IV: Oblivion and the Elder Scrolls V: Skyrim. To make our users time on forum even more interesting, we implemented various role-playing game , so they can play game while they do discussion.

Soon after the release of Skyrim it became known about the development of the Elder Scrolls Online and we threw many forces to share the details of the development with players, to tell them more about the upcoming game and to help them to get the maximum amount of information by the time of the launch. For this purpose new project was created tesonline.ru - which still helps players to get the latest news from the game.

Soon it became clear that we could no longer limit our creativity to the tools provided by Bethesda and directed our efforts to the development of new projects. One of the first was the service for image storing and processing picain.ru, which allowed everyone to download, store and process their drawings and photos without quality loss. Unlike many other internet projects, our service is completely free of charge and has no ads, since comfort of our users is one of our goals.

And here comes year 2018. Having numerous ideas and developments collected over the past years our team decided that it is not anymore enough for us to simply offer tools to share creativity. We knew, it was time to create a tool that will allow our users to CREATE. And this is when RPG inferno story starts...